Not long ago we premiered Official Burnt Toast’s double single “Money As Debt/Hi Time” and, I have to say,  these songs are much, much more than just songs. They are social commentary as progressive art. To me, this is music as it’s finest. A snapshot of the social world in this time or maybe even a social conversation. And That is EXACTLY what I had with Adrian Lawrence, OBT’s frontman and genius behind the mic. And that is what you will call him when you here this interview. I actually shouldn’t call this an interview. We never officially started the interview. This is actually the conversation we had about OBT and the world in general. And by doing it this way, you can get a glimpse as to how Adrian thinks and it really is something to behold.

OBT is on the way up for sure and by them doing it their way the irrelevant, materialistic that seems to plague the world of music as of late will be on it’s way out. Isn’t that how pioneers do things?

Champions of the underground 💥👊🏾🧔🏾 twitter.com/RadioKC/status…

Lockdown made me re-think the music game. My love for #playingdrums #writinglyrics is no less however. But with even less places to play I, at least, had my shop where, as a qualified tig welder 👨🏾‍🏭 I let my creativity out in other ways. abroweldinganddesign.com #blackbusiness 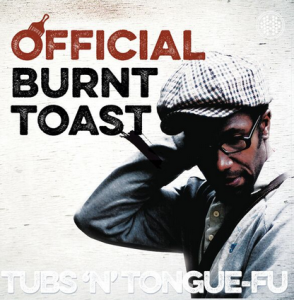 Official Burnt Toast are Adrian Lawrence, Patrick Luke and Abrar Hafiz. Based in East London the trio produce spoken word, hip hop and punk, described by Luke Hannam (Gramme / Emperors New Clothes) as “an infectious cocktail of American paranoia, Canadian objectivity and a very English obsession of introspection and the fly on the wall documentary with the warmth of an accessible sound”.

Official Burnt Toast has been featured in UK broadsheet The Observer, where respected fashion photographer Perou is quoted as saying: “I always shoot to music except when we’re being filmed for TV shows and we’re not allowed. My fave band at the moment is Official Burnt Toast. Their music is between spoken word and rap. It’s very funky, but with English sentiment”.

Known for their electric live performances, The band cite Glastonbury where they played the Green Peace stage to a capacity crowd as, “one of the best gigs we’ve done to date”.

The Kinks: The Best Are Back!

The Test Drive: Ina Forsman – All There Is + New Video

First Listen: Rosie – Something I Hate

The Test Drive: GIVE/TAKE – This Is Deathpop

RT @givetakelife "GIVE/TAKE, the boutique label from Minneapolis, has released a dark & gritty compilation set to stun & meant for all...each track is signature & will fill the room with dark & brooding love for deathpop." -@jammerzine

RT @idol_io "Proving that making a purely catchy song with substance is a global phenomena, @lafemmeressort deliver a most memorable song with said substance lying within the beat, rhythm, hook, and absolutely stunning vocals." Read more on @jammerzine jammerzine.com/la-fe…

✕
We use cookies on jammerzine.com to give you the most relevant experience by remembering your preferences and repeat visits. By clicking “Accept All”, you consent to the use of ALL the cookies. However, you may visit "Cookie Settings" to provide a controlled consent.
Cookie SettingsAccept All
Manage consent

This website uses cookies to improve your experience while you navigate through the website. Out of these, the cookies that are categorized as necessary are stored on your browser as they are essential for the working of basic functionalities of the website. We also use third-party cookies that help us analyze and understand how you use this website. These cookies will be stored in your browser only with your consent. You also have the option to opt-out of these cookies. But opting out of some of these cookies may affect your browsing experience.
SAVE & ACCEPT
Loading Comments...